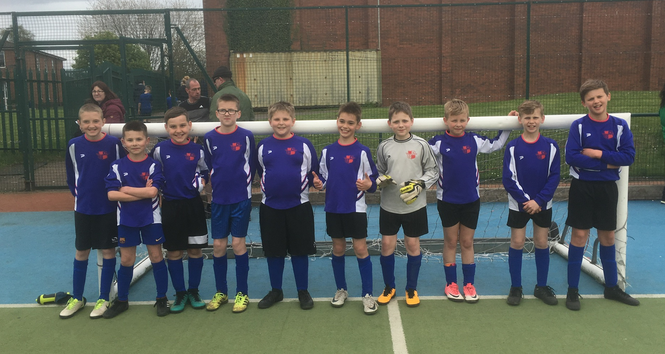 On Thursday 3rd May a team of Year 6 boys took part in the Forest South Soccer 7s competition.

The squad played 5 other teams in the group stage and conceded no goals, achieving a fantastic 2 wins and 3 draws.  This gave our team first place in the group with Pillowell coming second, taking both teams  through to the finals.

In the finals, the first and second place teams from the two groups played to decide on the 2 teams going through to the Forest finals.  Playing against the second place Woolaston from the other group, Lydney put on a fantastic, but nerve wrecking performance.   From being 0-0 throughout, Freddie managed to score in the dying  seconds to  seal us the win.  This means we are through to the  Forest finals against the North schools (Ann Cam and Highnam), along with Primrose Hill.

Well done boys.  A fantastic performance by you all.